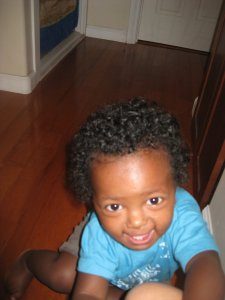 This bill affects kids like my Gabey and our Marta (below), just a reminder…

Ok, you all know I don’t do the politics thing…not really. Not here.
However, this is a political issue that is worth breaking that habit.

And, once again, go to to the EACH site and sign up. McLane Layton is doing great important work. Help her make it happen! Read this, below, and then go do something to help.

Here’s the press release, below:

June 29, 2009 (Washington, DC) — The Families for Orphans Coalition announces its support for the Foreign Adopted Children Equality Act (FACE Act) which was introduced last week in the Senate and House of Representatives. The FACE Act will allow American families to bring their internationally adopted children home as American citizens instead of as immigrants. The bill is spearheaded by Senators Mary Landrieu (D-LA) and James Inhofe (R-OK) and Representatives Diane Watson (D-CA) and John Boozman (R-AR). The FACE Act simplifies the acquisition of citizenship for internationally adopted children and removes these children of American citizens from the immigration process.

“Passage of the FACE Act will eliminate the need for an immigration visa for internationally adopted children and instead will treat these children as children of American citizens, not immigrants subject to immigration regulations,” said McLane Layton, President of Equality for Adopted Children (EACH) and a member of the Families for Orphans Coalition. “Additionally, the FACE Act classifies internationally adopted children as “citizens from birth” just like children born of Americans overseas, thus providing them with equal rights of citizenship, including the right to run for President of the United States.”

“Under current law, the type of immigration visa an adopted child is given to enter the United States determines whether the child receives U.S. citizenship upon entry. Those children who do not receive U.S. citizenship upon entry and whose parents overlook the bureaucratic steps necessary to secure citizenship for their children are often later denied scholarships, passports, and the right to serve in the U.S. military. Most tragically, some young adults who have lived in the United States with loving, American families their entire lives have been deported to their birth countries – places they have no knowledge or memory of – for committing minor juvenile offenses. Half the children adopted internationally each year currently enter the States on the visa that places them at risk,” said Chuck Johnson, a Coalition member and Vice President and Chief Operating Officer for the National Council for Adoption. “The Face Act will resolve these issues and provide U.S. citizenship to all internationally adopted children of American citizens.”

The FACE Act also provides older orphans the ability to be adopted – children who were overlooked in the Hague Treaty on Intercountry adoption. “Prior to the Hague’s passage, children age 16 to 18 whose younger siblings had been adopted by an American were able to be adopted by the same American family,” said Terry Baugh, President of Kidsave. “The Hague eliminated all adoption opportunities for children 16 and over. The FACE Act will fix this oversight and expand the opportunity of a permanent family to all children up to age 18.”

The Families for Orphans Coalition was established in 2008 to support both domestic and foreign efforts that ensure every child lives, grows and thrives in a safe, permanent and loving family.

Marta, last summer.
This bill, if it had been passed, would have changed so much.
It still can, for so many others….
http://rpc.technorati.com/rpc/ping
Atom 1.0: http://blogname.blogspot.com/feeds/posts/default