{Note; the Aspirant time frame was about 6 -8 weeks.  Again, these posts are post-dated, if you will.  The timing is not, currently, real time.  I wrote them earlier and only publish with Chris’ permission}

So. Now, my son is an Applicant.

This pleases me if only because now I can pronounce it properly.  This is a comfort.  Also, it’s easier to explain or address in a concise manner.  So when friends ask about him, wondering about his post graduation plans, I can say, “Well, he’s applying to the Eastern Provence of St Joseph, the Dominicans.” And even though that it is something of a mouthful its much more direct than trying to explain and pronounce what an aspirant is.  So, because these posts are really about our parental side of this process…this is a step forward in more ways than one.

Now of course, he has a boatload of work to do.  Not that he didn’t already have a boatload of work to do, what with extra class units, senior piano recitals for one of his his majors, work as an RA, being social and all…..and oh, the continuing discernment to the priesthood…now he has an a “formidable” application to undertake.  We never said he wasn’t an overachiever.  This will be quite the juggling act.  Good practice, the discipline it will take to manage it all.  Anyhow, so, now he has a list to work on.  It’s a lengthy list, but a tangible list, rather than only the more internal work that he’s been doing for this process. 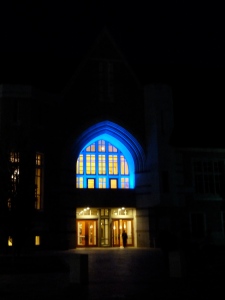 I think that this concrete, numbered, tangibility is helpful.  Then again, i am totally task oriented so maybe that’s just me.  But for me, this next step, this new title to the process kind of releases me from some of the fretting about all this.  Because even though this whole process isn’t about us, it is, tangentially.  There is an underlying sense of import and looming change for us, the parents and family .

As  I type this, now, he has just finished the rigors and requirements of the application. He had to write either a shortish narrative of his life to date, or answer a number of personal exploratory sort of questions. This was probably the most challenging part of the application for my son.  Having a tendency toward procrastination, typically he put it off until this clanging deadline and personal introspection demanded the attention of his numbered hours.  My guess is that he completed it in the standard fashion of most applicants; both fussing over it a bit and then barreling through it to get it off the to do list.

After that he had to request five letters of recommendation from various persons in his life; happily they all agreed to the chore.  On of those letters had to be from one of us, his parents.  He asked his father.  Thank goodness for that, as just reading his father’s letter made me cry; I couldn’t have done it so well.  It was a most excellent letter.  No surprise that, the quality or the tears I suppose. Lastly, but certainly not least, he had to run the gauntlet of full bodily examination: physicals of every sort.  He had his eyes checked, his teeth, his body with the big general physical and blood work.  He had his mind and psychic well being checked too; they don’t need to cope with any burdensome neuroses, the garden variety ones are certainly enough for each of us, eh?

Certificates of sacramental preparations, birth certificates as well as baptism and confirmation were requested.  I happily gave him a scare when I mentioned finding and sending the perfect Baptism pics: where he looked both cute AND holy, even at five months old.  No, I didn’t send the pics but it was awfully fun to tease him that I did. It’s good to keep your kids on edge, just a bit, I think.   A mom has to have some fun with this process right?  Right.

The last official part of the application process and the most weighty perhaps, other than the ongoing discerning, was the official “Vocations Counsel” interviews.  Chris had to fly to D.C., and after his psych evaluation, have a few interviews with some of the higher ups Dominicans of the order.  I asked him, after, if he was nervous.  He said, “A little, but they were very nice.  One was kind of hard in a way, but it was good.” Listening to him after the trip, between flights to come home, made me grin.  The excitement in his voice was, again, like a young man, excited about a new adventure.

And now, we wait.  His application has been approved by the vocations counsel ( even without the baptism pictures, imagine!) and has been sent to the Prior Provincial for the final stamp. Kinda like sending the bill to the president; he can approve or veto it,  final answer.  I’ve asked him if he is nervous for the outcome.  “Not really” he says.  Funny, me neither.  Yeah, I think we all know what that outcome is going to be.  Gods will.  Thankfully, the peace of that is settling in.

For today.  Today my son is, still, an applicant.  Tomorrow, in the next few weeks, we will see if his status changes.  Prayerfully, we wait.

5 thoughts on “Applying to the Dominicans of the St. Joseph Province”