>No, not THAT American Girl…we have had plenty enough of those thank you very much (and I’ve found less expensive alternatives, fyi…).

Rather, we have an American Girl for one year, today.
Today is the one  year anniversary of our arrival home, in the USA, with our Marti.
Today, one year ago, is the day she became, immediately a US Citizen.
{IR-3 Visa’s are cool that way. }

(ok…a looong trip home and I was sick and we were fried….don’t judge)

This day was long awaited and anticipated and much fought for.
Some of you know how we were delayed and how her visa was held up, due to now revised (again) visa requirements for adopted children overseas.
Suffice it to say, this homecoming was much longed for, for us all.
We needed to get her home, we needed to get home from Ethiopia…because I was so sick and we had littles at home too, plus she just needed to move into this new part of her life instead of being held up so long.

And so, here we are.
One whole year.
American Girl. 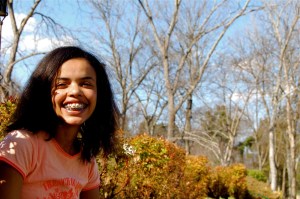 She’s been lots of new places now.
At first it was all so new and different, even the grocery store simply was mind boggling.
Now, she is used to much of it here…enough to even be able to complain about the hard parts (school vaccination rules + stupid, no fun, ouch).
And that is what we call blessed progress.
We will take it.

It will take a lifetime for Marta to learn about America, and even then she will still be Ethiopian.
She is a girl of two countries that she will call home and that will shape her.

For tonight, we celebrate this anniversary.
It’s marked on the calendar and you know what she’s asking for…….that’s right: