>We are here.
The last real summer.
And it’s a doozy.

I am talking about this last summer with my Booboo, my Jon (I can still call him that, mom privilege).
He is a graduate now, all 18 and big and prepping to head off to college.
And while you might think, “Oh, there she goes again, being all maudlin and melodramatic,” and you would be right to a degree………
This summer is different.
It is rare and precious.

Yes, he will be home again, on breaks and next summer too.  But it will be forever different, changed in tone, tempo, tenor.  Some of those changes are great steps forward, and important, necessary and even welcomed by us all.  But even so, change is hard, and even when he comes home for extended weeks in the summer it will be different.  It’s irrevocable.  That’s part of the process.  I know it. He knows it.  We all know it, and can feel it pressing on the edges.
It’s there, rushing toward us – too too fast.
But also, on those hard angry fussy hurting days, in it’s own way it’s too slow.
Especially too slow for my son, who is simply twitching right out of his skin to break loose and head off into his own life.
But, maybe, just maybe some days, also a little tiny bit too fast for my son…who loves summer and needs a bit of time to prepare himself for this big change….then again, that might just be ME.  (Oh, right.) 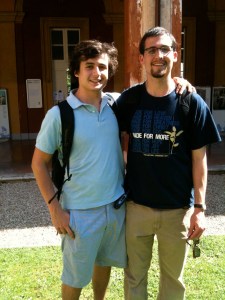 He needs us still, and will.
But he doesn’t, and shouldn’t as much, also.
Besides, there is work to be done; work that IS being done.
It is important work, but oh, it is the hardest work there is.

(Yup, I look just like that, feather-version…..yup yup…ahem.
Maybe some of those hard days tho, we both do.)

The unconscious prep to start into a new life, and the classic process of parting those ties a bit: it’s textbook.  But, often the process finds itself played out in the short fuses and loud or hard arguments over often stupid things or stupid misinterpretations.
My husband asks me, “Why do you let him push your buttons? Just shrug and hold the line.” But it’s not so easy for me.
One, because I stink at doing that.  I am like one of those phones for toddlers or elderly where the buttons are enormous, to aid in their ease of pushing.  That’s me, easy buttons to push all over.  Especially here, I guess.  Tom/Coffeedoc’s right, of course.
Two, because often it’s me pushing my son’s buttons to a degree, having expectations that might not be utterly fair.  (Ok, I’m just saying, it took a lot to admit that…..ouch).
This work is being done mostly by Jon and me, the family and dad too a little,  but the hard work…it’s the two of us.
We have to ease out of this tightly knit together life we have into a new stitch of knitting.
A looser stitch, no less strong, but even so, it has to be unraveled a bit to retie it anew.
Not far.
Just a bit, and with a new pattern.
Stronger even.

But right now, those unforeseen, loud or angry and/or frustrated misunderstandings are very hard.

This summer, suddenly, is about time together that is so good that it takes my breath with wonder at this great young kid/man who is smart and funny and good, deeply good.
Then, we both turn around and we are simply aggravating each other and stepping on land mines that blow up in our faces.  Ouch.
The swings and shifts are hard.
And that is so typical, it seems…of a mom and her boy, who is heading off to college, out of the house, into the world. 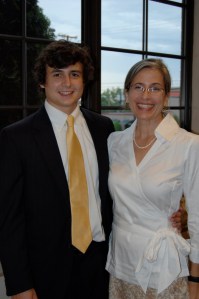